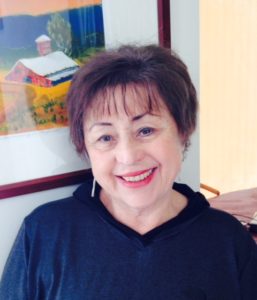 Poet Rosemary Ybarra-Garcia will read from two of her published books, House of Song and Weaving, and her soon to be published book, “Painted Porch.”

Rosemary is an educator and a life-long poet. She holds graduate degrees in education, English, and Creative Writing from U.C.Davis and San Francisco State University. Prior to her retirement, Rosemary was employed by the California Community Colleges and U. C. Davis, where she held positions of lecturer, instructor, dean, and vice president. She dedicated her career to helping students achieve their educational goals and thus improve their lives.

Over the years, she has been a featured poet at coffee shops, book stores, women’s study classes, and at special venues such as “Women and the Muse” in Santa Cruz, CA, 1988; “Floricanto in Xochitle in Cuicatle, Flower and Song” at the De Young Memorial Museum in San Francisco, CA, 1993.

Rosemary lives with her husband and their dog in Half Moon Bay, California.

through the dense forest
Sunlight slices

through blank spaces,
falls upon the musty crumbs

of autumn. Winter resonates
through spines

of eucalyptus and pine,
sends tremors through creatures

between the orange calm of fall,
the biting chill of winter

Prints in snow
cross the meadow

as the “pale rider” gallops
over powdery clouds

A thin layer of gray
obscures the landscape

An opaque lens reflects
a dream—untouchable and distant

The roar of winter
renders mute

the sound of a breaking branch,
a falling acorn