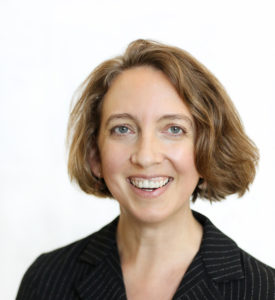 Heather E Folsom is a poet, gardener, and works in the tech industry. Her first published poem came out in Modern Haiku, October 2018. Heather says: “I write poetry on purpose and by accident. I focus on the intersection of time and place, and I care a lot about precision. When a poem goes well, it comes close to capturing the detail and clarity of a still life painting. This thing, at this moment, viewed from this angle, by these people – and why it matters. I also write a lot about work. The human interactions that happen in offices, the communities we build up at work and how they function – that’s fascinating to me, and I think somewhat untapped from a poetic perspective.” intrepidephemera.com

What if I take
everything I want to believe as true?
Myself fearless, you undamaged –
life open before us. What if

the landscape has already shifted, already shattered the weight
of stones we gathered, unknowing?

How does the world appear
with both our pasts wiped clean?

The flight I did not take

The flight I did not take
was the flight that left on time, pulling out of the gate
at eight-
-oh-five a.m.
precisely
no delay or pause, no need to hesitate and reboot navigation.

The flight I did not take
was the flight where I did not spill my coffee
halfway down the jetway
where the entertainment system was filled with music I didn’t know
but loved precisely.
It was the flight with attendants handing out
room temperature water, which I prefer
no ice
no slippery napkin
no pretzels
just chocolates and caramel and strong black coffee.

The flight I did not take
was the flight with three cute babies
all giggling, none crying
and one tiny dog that escaped down the aisle
and stopped at my seat so I could pet it.

The flight I did not take arrived twenty minutes early
and my hair was not tangled
and my mascara was not smeared
and I arrived at the train platform just as the train pulled up
and I stepped on and was whisked rapidly away to my much-loved far-away city.

The flight I did not take
led me to zero jetlag
to afternoon tea every day at four
to sunny and non-humid weather
to cheerful and usefully collaborative meetings
and plenty of free time.

After the flight I did not take, I slept well
and woke, refreshed,
in a new and different city.